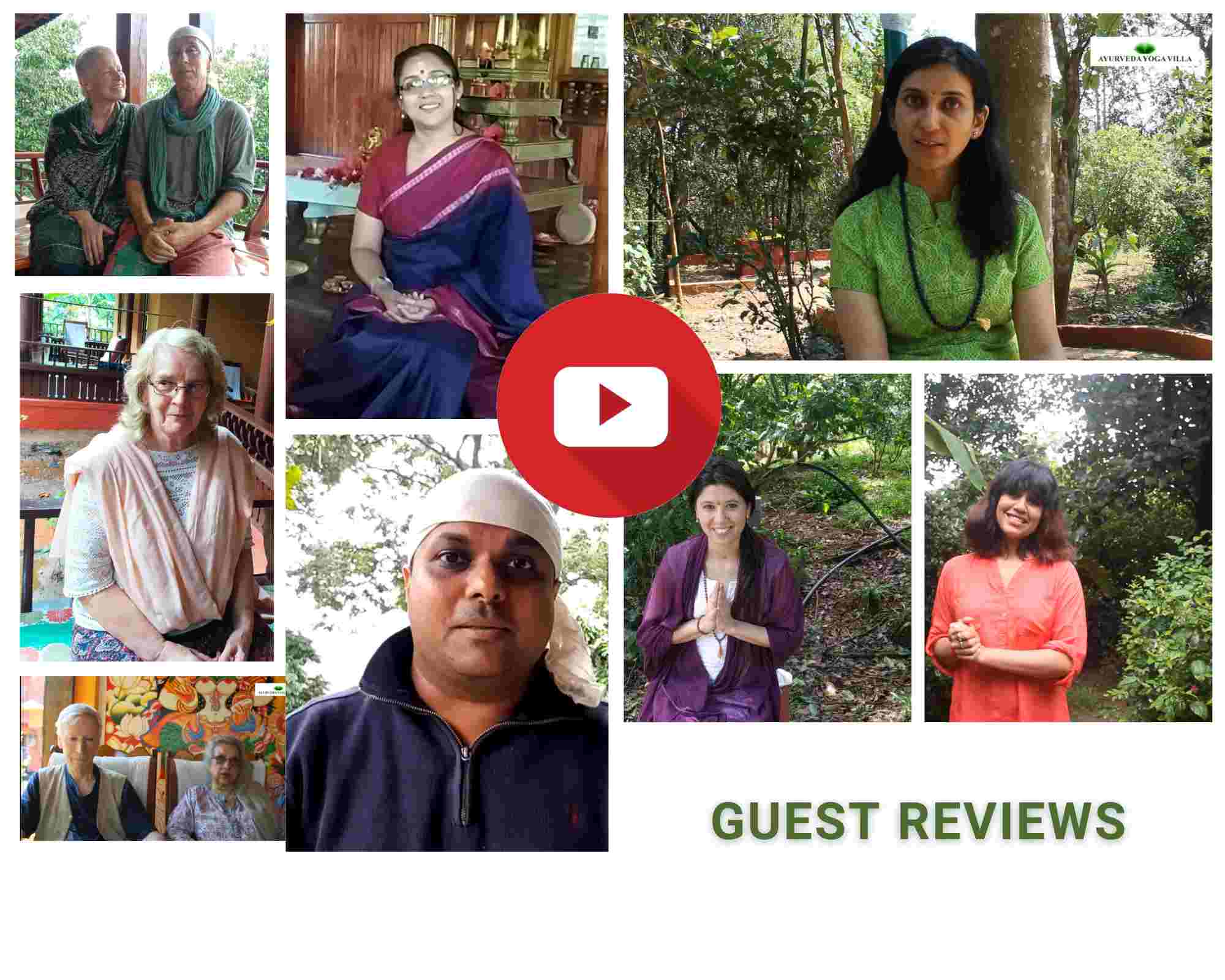 “The ultimate Goal of Farming is not the Growing of crops, But the cultivation and perfection of Human Being”

The main reason for such pollution is due to excessive use of chemicals to increase line output. The idea was to feed the crops, compromising the Health of soil. This has lead to extinction of Microbes, insects and small animals in the Farm land.

We at Ayurveda Yoga Villa put forward the idea of Soil to Mind. “We believe we are what we Eat” Thus we grow cereals and vegetables for consumption. Our principle is to enrich the Soil. This enriched soil with Microbes, Insects and other vegetation in turn gives as yield which are good for Health and Mind, acting like Nectar.

Since time known, vedic knowledge has been utilized righteously in all dimensions of life. Nature is considered as divine mother, who is having immense power. Staying in connection with that divine consciousness and living righteously will uplift the individual towards supreme planes of Consciousness which is the purpose of this divine life in earth. In Ayurveda Yoga Villa, favorable environment has been created on the basis of scientific vision from vedas by following daily vedic rituals, diet prepared by utilizing vedic principles, Right disciplines of Yoga and Ayurvedic therapies for the purification in the dimensions of body, prana and mind for living this divine life consciously in an uplifted plane.

Since the time of Sanatana Dharma (Knowledge of Righteous living), Cows were given prime importance like divine mother; and are treated with utmost respect. For them, daily conducting of Gopooja along with chanting of Mantras will be done. The milk integrated with psychological pleasure from such cows were utilized for drinking, conducting pooja rituals, Ghee which has been taken from such kind of milk has been widely utilized for conducting pooja as well as for medicinal purpose. The bio waste such as cow dung and urine were the main fertilizers for organic cultivation.

The idea of cow, of course is also emotionally charged because of its mythical place in Hindu Iconography, religion and culture. It is quite literally worshipped as goddess Kamadhenu. It has been found, multiple uses for cattle’s and their products. This variety of Ghir cows is particularly acclaimed for giving milk which contains Lineolic acid, which has been proven to be a anti-cancerous compound. According to Ayurvedic Science, cow’s milk provides special and unique nutrition which nourishes all tissues, promotes balanced emotions and helps to balance all the doshas (bodily energies). It is considered as the promoter of Ojus (strength and vitality).

This Ghir Cows are left to roam freely in the forest every morning, were they find wide variety of herbs and abundance of natural seeds. We feed them coconut cakes, ground nut cakes, sesame seed cakes, brown wheat and maize.

As, We balance health through treatments, during the Monsoon season, our cows receive special Ayurvedic treatments along with medicines ,to ensure vibrant health and well being throughout the year and special devotional rituals are performed for them six times in an year.

As lifestyle followed in close connection with the natures rhythm maintains physical, emotional and spiritual well being, Cows also are treated with a specific regimen starting from morning 4:00 am. After washing them and their residing area, pooja will be conducted along with Mantra chanting. Then Milking will be carried by trained persons. This milk has effect in physical, pranic and spiritual planes of an individual. Later, the cows were left to roam freely in the forest. The hump on its back receives solar energy which is transferred to the milk and consumption of such milk daily will enhances energy in the physical, pranic and spiritual planes.

Dasagavya is an organic fertilizer and pesticide prepared from Milk, Curd, Ghee, Cow dung and Cows urine along with other five plant extracts which have potential effect on plant growth. In righteous manner in close relation with the nature and seasons, we do organic cultivation includes Rice, Sesame and vegetables for purpose of our centers. The land utilized for cultivation is treated with specific Bhoomi Pooja( offering to the selected land) and the seeds used were integrated with specific intention for the divine purpose. Cultivated products from our farm will be collected and stored in specific area and preparing foods will be done with prayers.

Living in close connection with the Mother nature, Following the vedic rituals like pooja along with righteous practice of yoga and Ayurvedic treatments, Offering potential food to our bio fire synergize the effect in preventive, promotive and curative planes.

Ayurveda Yoga Villa is committed to preserving this. We are protecting two indigenous cattle breeds of the genus bos indicus – Gir and Kankrej.

Twice a week, visit to our farm and Gosala (Cattle farm) is arranged. This will you feel the vibe of our concept – “Soil to Mind”.